 Home 5 Rooms 5 Grande Salon
The Grande Salon is an extraordinary room. The furniture also is quite extraordinary. The large wooden refectory table, situated below the massive painting, was constructed using the wood from a 16th century sunken British ship, during the era of Henry the 8th. The decking wood was recovered and the table constructed. It is still possible to see the sailors carvings of their names, dates and initials on the table. And the armoire, in the corner, was carved by two Dutch artisans brothers in the 18th century, where they carved both their heads into the doors, clearly visible. The center table was used as an ancient Chinese opium bed, that was converted into a coffee table centuries ago. Other ancient paintings adorn the wall and for those wanting, a 1911 piano is situated in the corner of the room. There are few rooms quite like this anywhere. 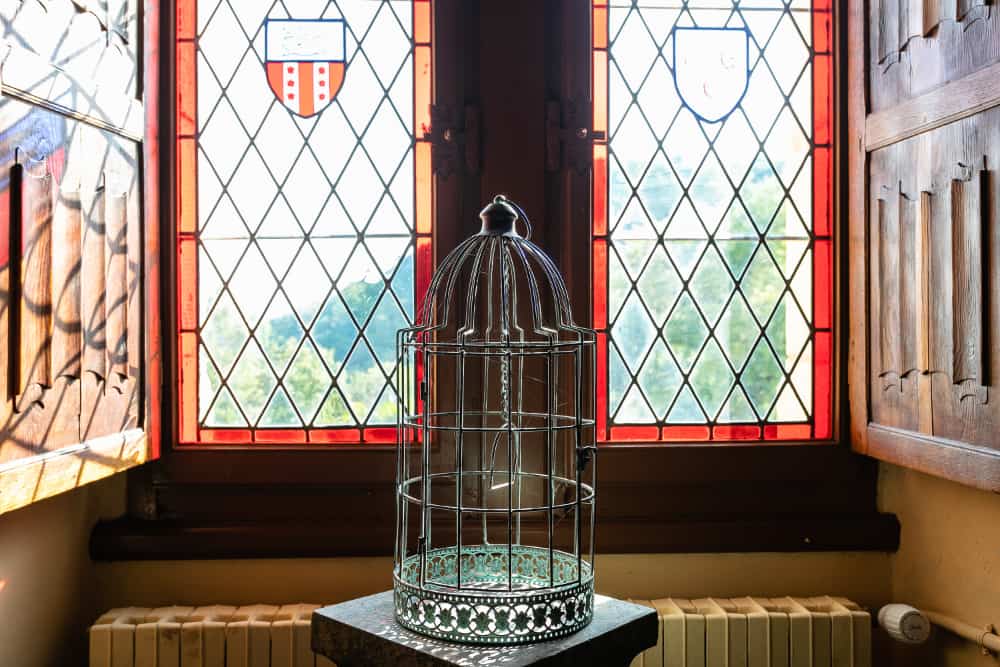 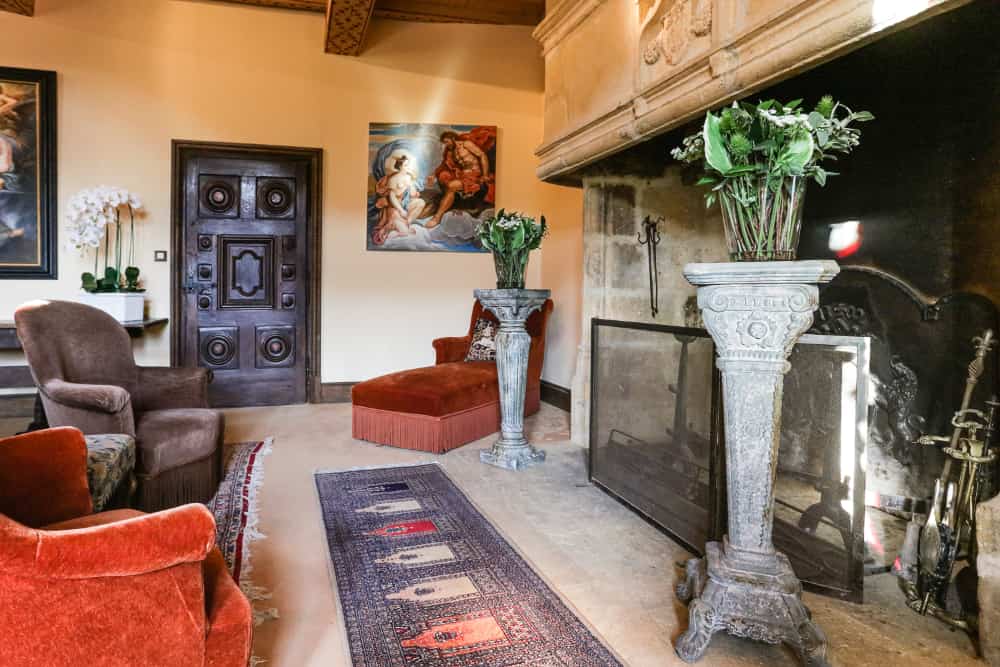 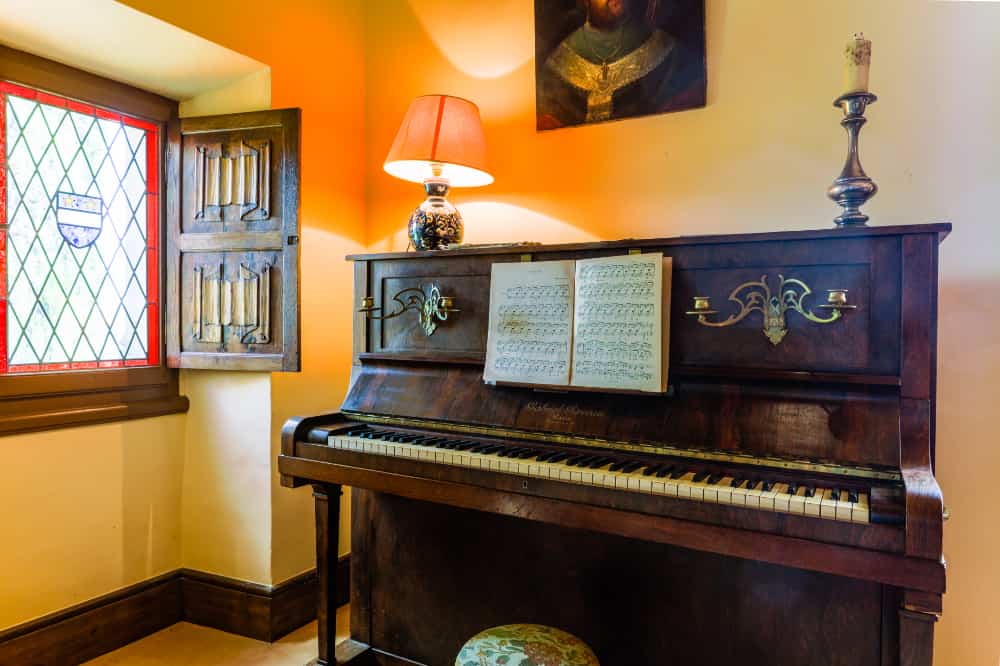 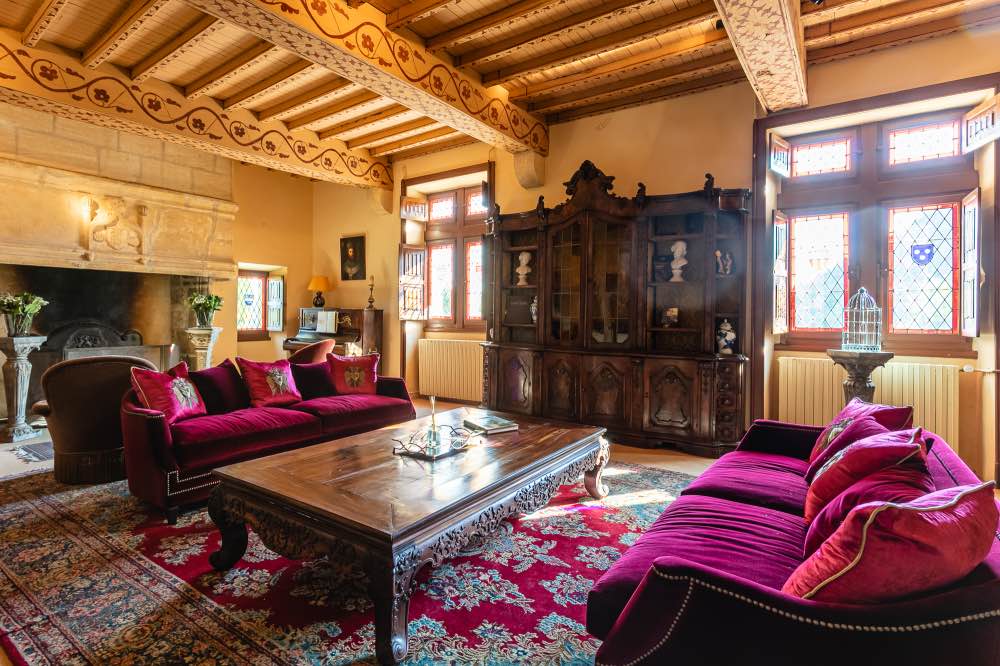 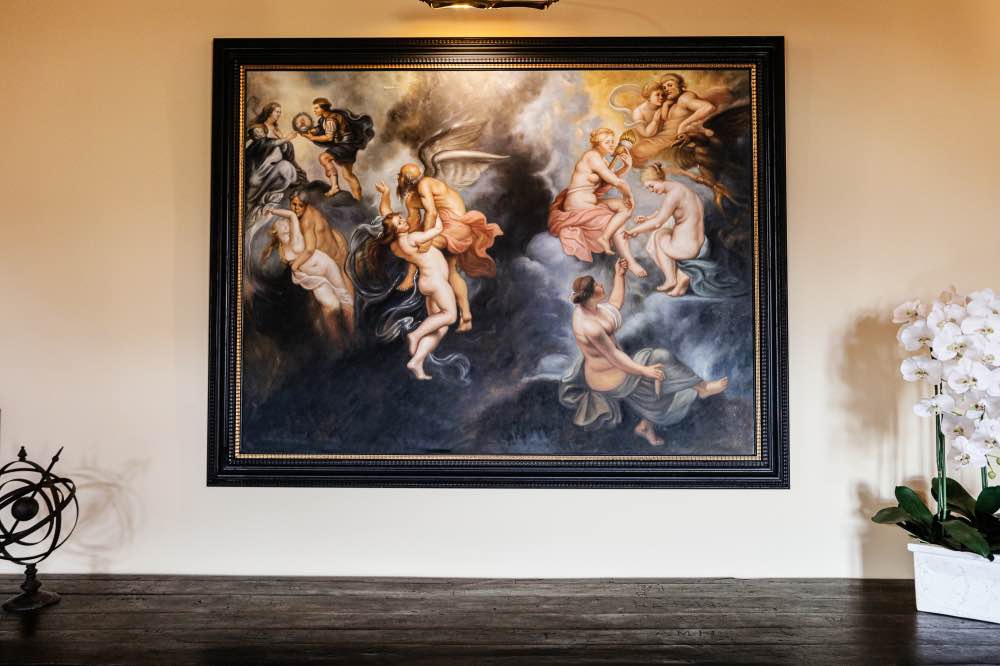 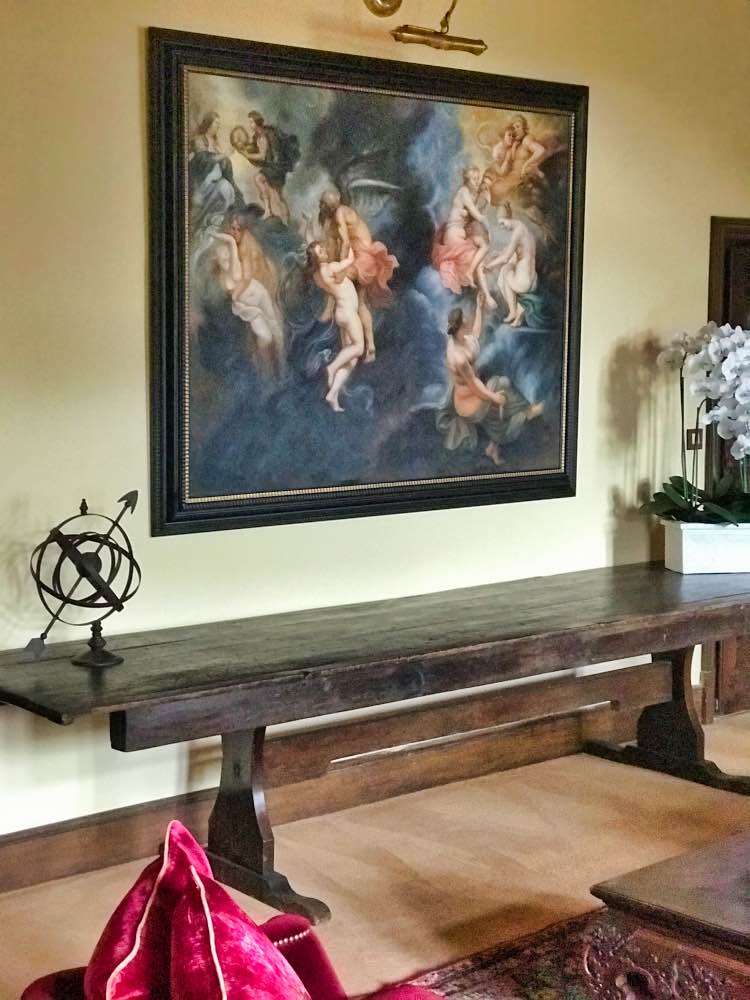